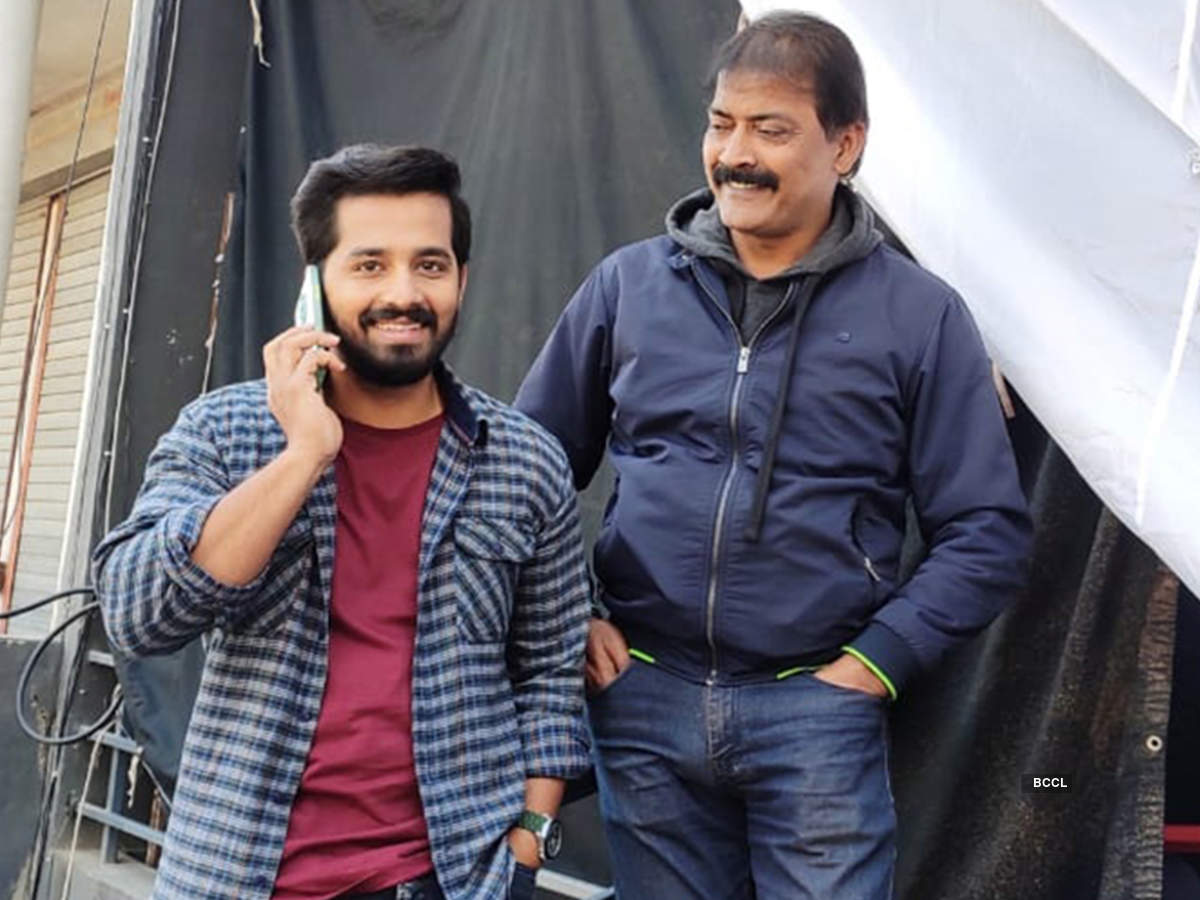 UP is fast getting back in shooting mode. More and more filmmakers are now heading back to the state to shoot their films. And one among them is South filmmaker KS Ashoka, known for his super hit Kannada film Dia. Ashoka is canning the Hindi remake of the film in Barabanki, a district near Lucknow, these days. The romantic drama film features actor Pruthvi Ambar, a popular actor down South who is making his Bollywood debut with the film, and Mrinal Kulkarni, known for tele serials Son Pari and Raja Ki Aayegi Baraat.

Sharing more details about the film shoot, line producer, Yogesh Tripathi, informs, “Things seem to be getting back on track after the pandemic. Filmmakers have once again started returning to UP for shoots. This time filmmaker KS Ashoka is in UP for shooting the Hindi remake of his super hit Kannada film Dia.”

Presently, we are shooting a scene where Pruthvi Ambaar, the main lead of the film, visits a motorbike showroom to buy a bike. At the moment, the film is being shot in Barabanki and later it the crew will also shoot in Lucknow, Dehradun and Mussoorie.” What’s to be noted is that the entire cast and crew is strictly following the COVID 19 SOPs. “Keeping the pandemic in mind we are strictly following all the COVID protocols. We are shooting with a minimum number of crew members. Thermal scanning and masks are mandatory for all the members present during the shoot. Also in order to avoid public gatherings we are mostly shooting indoors,” informs Yogesh.